The Rhode Island Brew Bus was founded in 2014 by Bill Nangle. After completing his last semester at the University of Rhode Island, he wanted to start his own business.

As a home brewer and a craft beer enthusiast, and after being inspired by learning about The Maine Brew Bus, he started his own brewery tour company.

The all-inclusive tours are run on Fridays, Saturdays, and Sundays around the state of Rhode Island and parts of Connecticut.

Private and corporate tours are available for booking on other days of the week.

In December of 2017, The Rhode Island Brew Bus was acquired by The Maine Brew Bus, LLC. 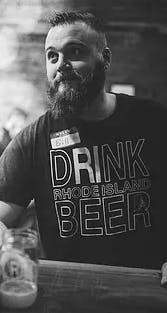 At age 22 Bill was finishing up his last semester at the University of Rhode Island and decided he wanted to start his own business. As a home brewer and a craft beer enthusiast he decided what better way to share his love for craft beer than to start a brewery tour company right here in Rhode Island. With an idea and a great support system he took a leap of faith and bought a bus. His hope is to grow the craft beer scene in Rhode Island and help all the local breweries thrive! “The Rhode Island Brew Bus is a way to share my love for beer with everyone around me. Beer brewing is an art form and should be shared with everyone!” 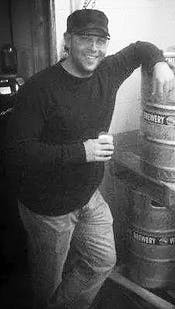 Eric is not only Bill’s brother in law but also an avid home brewer. As a member of the Rhode Island Brewing Society he has built a strong understanding for the brewing process and has tried hundreds of beers from around the area. While Bill drives the bus Eric will be spending his time testing Brew Bus riders on their beer knowledge and keeping the fun going while we drive from brewery to brewery. 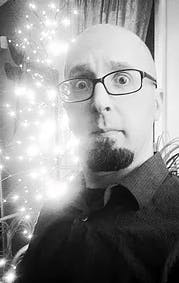 A macro brew drinker in his younger days, Josh was a bit late to the craft beer party, but he’s more than made up for lost time over recent years. His favorite styles are IPAs, APAs, witbiers, and ambers. While he still holds a special place in his heart for his gateway beer, Magic Hat #9, his current favorites include Lawson’s Sip of Sunshine, Grey Sail’s Captain’s Daughter, Cottrell’s Perry’s Revenge, and New England Brewing’s soon to be formerly known as Ghandi Bot. As a trained professional driver, he’s more than happy to be your designated driver for the tour! 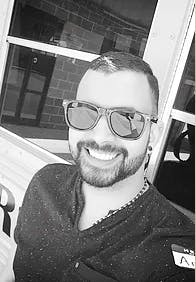 Born and raised in Puerto Rico, Archie’s first experienced with craft beer was in the summer of 2008 when visited Philadelphia. There, he tasted Victory’s Golden Monkey and was instantly hooked with the craft beer movement. Shortly after obtaining his College degree as an Engineer, and moving to RI, he immediately fell in love with RI’s beers and Breweries. In between stops, Archie will entertain the guest with his signature sense of humor and charm. 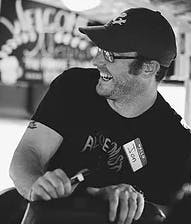 Jon’s love for craft beer started about 4 years ago. He is always looking to try something new and different and has grown his Untappd page to about 700 different beers so far! His favorite style is IPA, “the more hops the better.” Like most craft beer drinkers, the changing of the seasons usually determines the style he drinks. His favorite 3 beers are Alchemist Heady Topper, Troegs Nugget Nectar and Ravenous Coffee Milk Stout. Jon will be on the bus helping to keep the energy going! 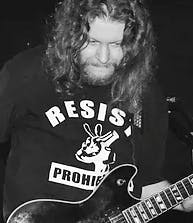 Todd has been in the beer and wine industry for over 10 years. Starting in the tasting room at North Salem Vineyards in North Salem, NY, he eventually found his perch as a tour guide on the Rhode Island Brew Bus. His favorite part of any tour is playing beer trivia, but watch out! He can be pretty clever with the questions. As a craft beer enthusiast, Todd believes freshness is key to great beer, so his goal is to get you to shop and buy local beer wherever you are. Naturally, Todd loves introducing craft beer experts and novices alike to the great tasting brews of Rhode Island. He’s also a musician, so don’t be surprised if he sneaks in some songs from one of his many music projects in between stops on the tour!

Sam’s interest in craft beer started while attending the University of Vermont. In Burlington, he was able to try all the beer the state had to offer. Now back in Rhode Island, he makes a point to try out the new breweries popping up all over and is happy his home state is able to hold its own against Vermont breweries. His current favorites are Fiddlehead IPA and Whaler’s Hazelnut Stout. The only way he still uses his biology degree is by homebrewing.

Part of The Maine Brew Bus family of companies